Chrys No I is an American record producer, songwriter, and entrepreneur from Philadelphia, Pennsylvania. In October 2016, he founded May One Six, which is a recording and entertainment company.

On November, 26, 2018, Chrys released his latest self-produced single, “Dream Of” and its music video, which accumulated more than fifteen thousand streams and views within the first month of its release.

To date, Chrys’ music has gained more than half a million streams worldwide. With his success in just a short matter of time, Chrys plans to further elevate the bar of music and pop culture. 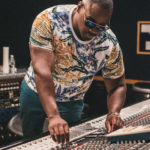 Chrys No I is an American record producer, songwriter, and entrepreneur from Philadelphia, Pennsylvania.